Fullmetal Alchemist is a Japanese manga series written and illustrated by Hiromu Arakawa. It was serialized in Square Enix's manga anthology magazine Monthly Shōnen Gangan from July 12, 2001 to June 11, 2010 with one new chapter per issue. As of June 2010, it concluded at 108 serialized chapters with 27 tankōbon (graphic novel) releases. Viz Media began releasing English translations of the manga in North America in May 3, 2005 and ended its run with the final volume released on December 20, 2011. Viz has also released the series in nine omnibus volumes, which essentially is the length of three volumes placed in one book. In 2014, Yen Press officially got the rights for the digital releases of the manga volumes, which were all released simultaneously on April 15, 2015, which also included releasing the volumes on Amazon.com's Kindle Store. On December 12, 2016 it was revealed that Yen Press has formed an agreement with the comics website ComiXology and has released a number of their titles there, including Fullmetal Alchemist.[1]

Due to the rate that Viz Media initially introduced the graphic novels (with a new release approximately every two months), the English translation quickly caught up to the Japanese release, having already covered most of the series' bound volumes to date. According to Nielsen BookScan, Fullmetal Alchemist's first volume was the top-selling manga in the year of 2005, and the following issues of the manga usually appear on the Bookscan's weekly "Overall Graphic Novel Top 10" list. Beginning with volume eight, Viz Media's releases of the manga feature a new, updated version of the "Viz Action" logo at the top of the spine. The initial print of volume eight also contains an edit in two panels, changing a cross into a round slab of stone in order to avoid religious references. However, subsequent printings depict the panels with the original cross.[2]

On October 4, 2003, an anime adaptation, developed by Bones, began airing in Japan. Due to the limited amount of manga material at the time of the anime series' production, the storyline of the anime began to diverge significantly from that of the original manga about half-way through the anime series. Arakawa had decided to work separately from her staff, telling them to finish off the anime series while she worked on the manga since she did not want to repeat the ending in the anime and also wanted to give all of her attention to the manga. When watching the end of the anime, Arakawa was intrigued as to how the staff speculated about the origins of the homunculi.[citation needed] In addition to major changes in the plot, the anime series also differs in its portrayal of some characters. The manga series generally focuses more on the minor characters, notably members of the State Military as well as Scar and Winry.

A second anime adaptation, titled Fullmetal Alchemist: Brotherhood, began airing on April 5th, 2009. This series follows the original manga series much more closely. In addition to the two anime series, several video games and a trading card game have been released, along with other types of merchandise. 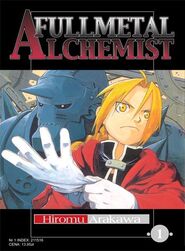 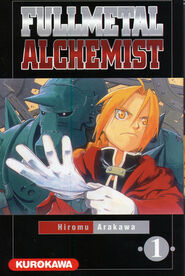 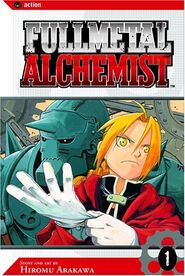 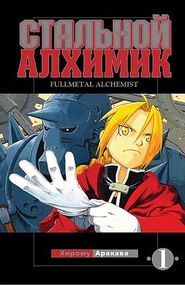 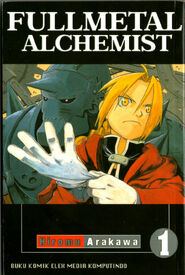 Retrieved from "https://fma.fandom.com/wiki/Fullmetal_Alchemist_(manga)?oldid=64433"
Community content is available under CC-BY-SA unless otherwise noted.