A Blood Rune, also known as a Blood Seal (血印, Ketsuin), is an alchemical technique used to bind someone's soul to an inanimate metal object. The iron in the blood will interact with the metal it is on, causing the object and the blood rune to form a symbiosis.

The practitioner must draw a rune in blood on an inanimate metal object (usually armour) which will bind with the iron in the blood. If the person whose soul is to be bound is through the Gate, the alchemist performing the transmutation must give a part of their body as a toll in order to pass through, retrieve the soul and bind it to the host object.

A person whose soul is bound to an inanimate object feels no pain, hunger, or fatigue, thus enabling them to perform immense physical feats. Also, as the person has no body, they can sustain more damage than normal humans, placing the person in a state of high invulnerability.

They have a weak point, the rune itself. If the rune is damaged in some way, the person's soul will start to fade from the object. This makes the protection of the blood rune the most important task of the bound soul. Sometimes, the person inside the object can start to question their own existence. This can be very dangerous to the person's mental health. Although never mentioned in the 2003 anime (and as such, presumably not applicable to as it was ending when this fact was acknowledged in the manga) there is an even greater danger; if one's soul is bound to an inanimate object for too long, the soul and object will eventually start to repel each other. The person will start to experience moments of exhaustion, which cause that person's soul to disappear from the object, as stated by Al, who compares his body to a time bomb. This can lead to the complete destruction of the soul as it slips away to The Gate. This makes the blood rune only a temporarily effective technique. 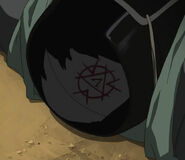 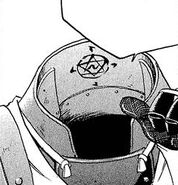 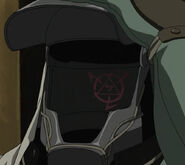 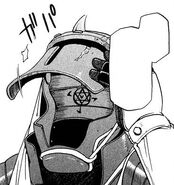