Patrick Seitz (adult)
Micah Solusod (teen)
Ashleigh Crichton (アシュリー・クライトン, Ashurī Kuraiton) is the main antagonist in the Fullmetal Alchemist: The Sacred Star of Milos movie. He is the son of an alchemist couple from Milos and the older brother of Julia Crichton. In his youth, Ashleigh studied the alchemical notes left by his parents regarding the secrets of Milos and the Sanguine Star. However, Ashleigh stumbled upon the scene of his parents' murder and was himself attacked by their killer, Atlas, who stripped off the boy's face and a patch of skin under his arm which contained a tattooed map of the Milos ruins.

Injured from exsanguination after Atlas' flight, Ashleigh discovered a Sanguine Star his parents had hidden nearby and, swallowing it, used its power to keep himself alive, though he was unable to heal his face. Bent on avenging himself and his parents, Ashleigh infiltrated the Cretan military under the pseudonym "Herschel" and while wearing a mask.

Having discovered the whereabouts of his younger sister Julia, Ashleigh used his military power to send chimeras to guard her and keep an eye out for the day when Atlas would inevitably come for her half of the map. When Atlas was finally discovered, Ashleigh went into Milos personally and killed Atlas, who had grafted the stolen face onto his own so as to fool Julia. However, upon his arrival, he decided to continue Atlas' rampage as revenge upon the Milosians for their poor treatment and exile of his parents. His plot was stopped by Julia, who had used the power of a Sanguine Star she herself had swallowed to overwhelm his power and fatally injure him. As life faded from his body, Julia used the remainder of her power to heal him and strengthen the weakened connection between his body and soul, restoring his face in the process.

Ashleigh wakes up in a Milosian hospital shortly afterward and leaves without saying goodbye, re-entering the Cretan military with his mask and his alias.

Atlas portraying himself as Ashleigh Crichton 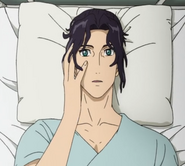 The real Ashleigh with his face reattached and healed. 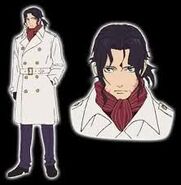 Full-body and portrait profiles of Ashleigh.
Community content is available under CC-BY-SA unless otherwise noted.
Advertisement